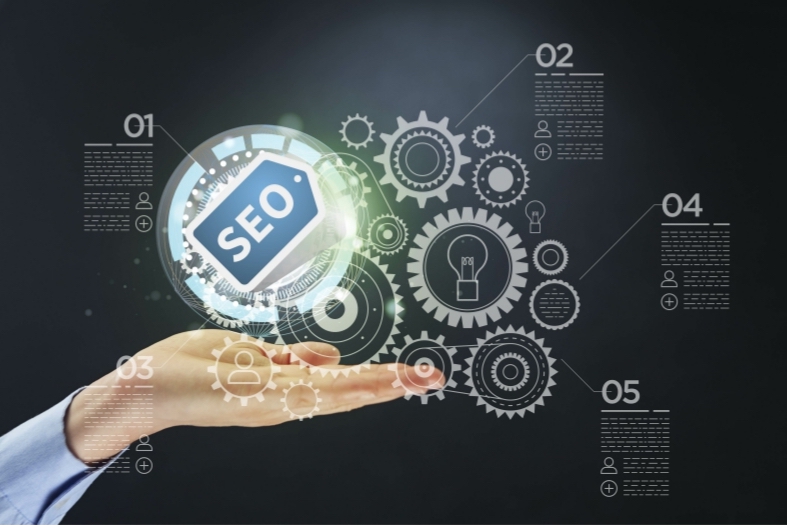 Firstly, What Is It?

Search Engine Optimisation (or SEO) is often a confusing and daunting roadblock on the path for those starting a new business venture, or even updating an existing site.

As a concept, SEO is not difficult to explain – it is the process by which a website becomes more “visible”, or highly ranked in search engine results. Naturally, it is desirable to appear at the top of the search results listed, as people are more likely to click on the first few links. There would have to be a very compelling reason for someone to scroll through four or five pages!

The nature of SEO has changed dramatically over the last two decades – during the 1990s, it was common practice for webmasters to “stuff” their web pages with keywords (both relevant and irrelevant) in order to boost their search engine rankings.

This drove the search engine developers to create new algorithms, in an attempt to stop the rankings from displaying irrelevant sites that were overflowing with keywords. At the time, AltaVista and Infoseek were favoured by users for their efforts in this area. Internet users at the time will probably recall the annoyance of using a search engine, only to be directed to sites with pages full of pointless words and unrelated content.

Following this, Google became the next to gain a prominent following of search engine users. This was due to the fact that they put in place a rankings system which relied more heavily on the use and analysis of external links, and “organic” visits, in addition to the page content.

However, this search method also became a means for manipulation by web designers – as a direct result, link farms came into existence.

This involved the development of thousands of websites designed to buy and sell links, effectively “spamdexing” search engines. This meant that a site full of links (internal and external) would appear more favourable to the search engine robots, and be indexed as a highly-ranked page in search results.

During the early 2000s, search engine developers began to employ a whole host of methods for indexing site rankings, many of which they chose not to disclose to the public, in an effort to overcome manipulated search results.

Google again led the way by creating a system under which search engine results were tailored to the individual through their personal search history. In the ensuing years, a number of other techniques were employed by Google:

In more recent years, the focus has returned to penalising sites that attempt to manipulate rankings – in particular, sites which “scrape” or copy content from existing sources.

We hope that this article has been of some assistance, and if you would like to discuss your SEO experience, or are simply looking for a bit of advice, please don’t hesitate to get in contact!